Facebook is swimming in a sea of apologies after their AI processes labeled a video containing black men as being related to videos of primates.

The video and content described has been online for quite a while according to some sources. But without having seen it ourselves, we can’t attest to the truth in that.

A Facebook spokesperson told The New York Times that the content was “unacceptable”. We can totally see why…

Google made the same mistake around 5 years ago – when their AI related black men to ‘Gorillas’ – which to us seems much worse than the primate label that Facebook applied.

In a world where AI is continuing to thrive, I’m sure we’ll be seeing a lot of other mistakes as the Technology becomes more advanced in the future.

BLOCK ALL Ads On Your Home Network 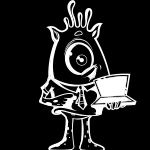